This 1896 military flap holster rig is a very fine example of a Spanish American War era US rig. The holster is a Pattern 1881 Military Flap Holster with the 1896 loop modification. 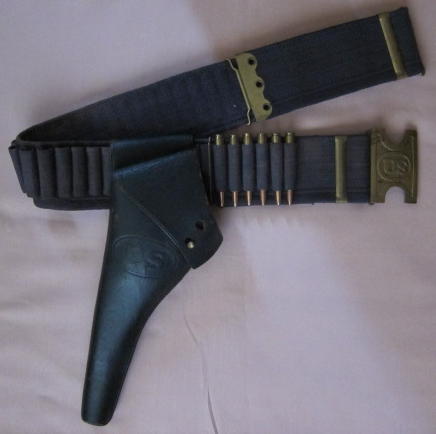 The holster is the 2-hole flap model for use with a Colt SAA or the S & W Schofield revolver. During the Spanish-American War, these 1881 holsters were modified with larger belt loops to fit the Krag-web belt. A six-rivet modification was used so the holsters did not have to be un-stitched during the change. The holster is military black in color, showing the large “US” on the front of the pouch and is maker marked “Lanz Owen & Co, Chicago” on the back of the belt loop. There is also an inspector’s mark on the front flap, below the 2 holes, and appears to be “HK”. All the original stitching is intact and the original toe plug in place. The leather is supple, showing no oiling in modern times. It shows light use with only some fine crazing (but no damage) to the front flap. 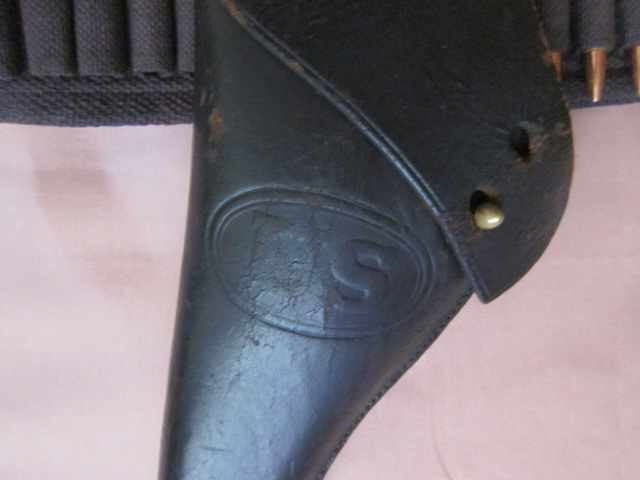 The belt is an unmarked Mills .30 caliber (.30-40 Krag) cartridge belt, dark blue in color. It has the pattern 1886 cartridge belt plate AKA “The Whittemore Plate” that was cast in brass and then the “ears”, or loops, on the back were bent. These web belts were used both before and after the Spanish American War. The Belt is also in fine condition as is the holster, just showing some fading from time and use. The brass plate and fittings show a nice untouched patina. 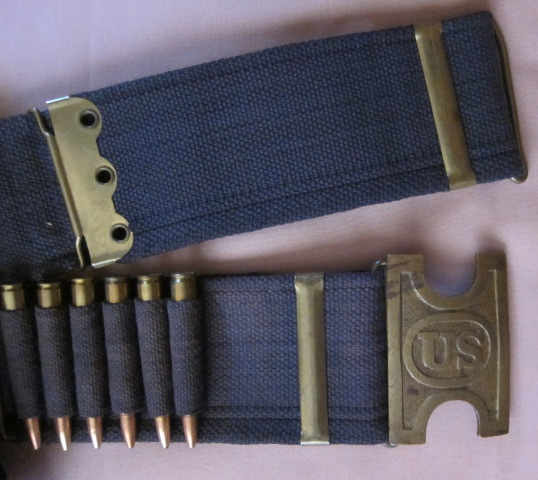 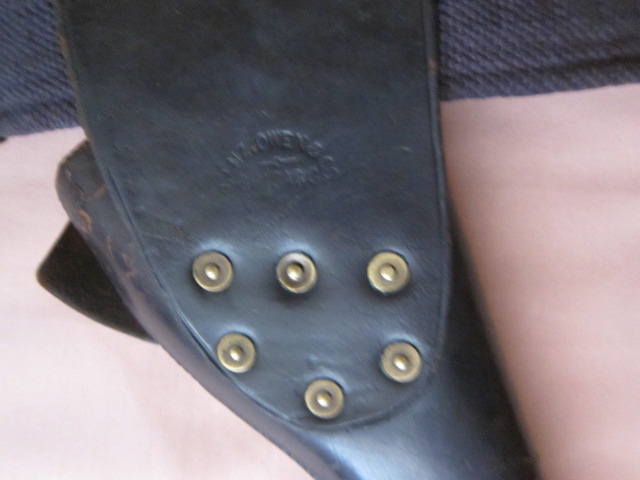 *Bullets in photos not included